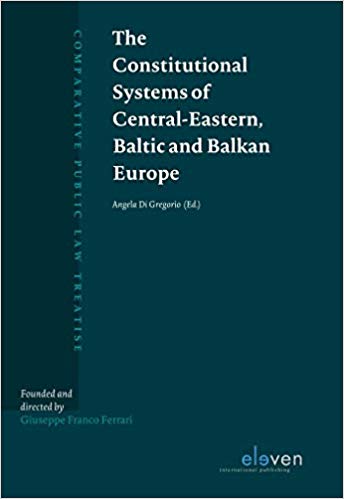 The constitutional systems of Central-Eastern, Baltic and Balkan Europe

This volume addresses, in a broad comparative perspective, the constitutional development of the countries of Central-Eastern, Baltic and Balkan Europe. Through an in-depth historical and political analysis, the co-authors examine the most recent constitutional dynamics of these countries, focusing in particular on the path followed after the collapse of their respective socialist regimes. A large number of countries is examined which demonstrates the complexity of this area in terms of state-building. The authors analyse in detail the various constitutions, with a focus on the debate that took place in the constituent assemblies and the influence of European democratic conditionality. The authors also examine the respective bills of rights especially with regard to their enforcement and protection. Finally, it should be noted that systems of government, territorial decentralization and constitutional justice are also the object of attention.