The Christian world
a social and cultural history of Christianity

The Christian World is a superbly illustrated survey of Christianity#s role in the history of European civilization. The authors, all leading scholars in their fields, have interpreted Christianity in its widest sense, emphasising its social and cultural impact and exploring the religious life of ordinary people as well as the rituals of cardinals and kings. The book#s copious illustrations form an integral part of the story and bring much that seems remote or obscure into vivid focus. 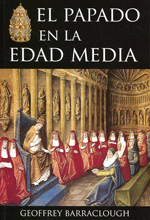