This major work of academic reference provides a comprehensive overview of the development of western political thought during the European enlightenment. Written by a distinguished team of international contributors, this Cambridge History is the latest in a sequence of volumes that is now firmly established as the principal reference source for the history of political thought. Every major theme in eighteenth-century political thought is covered in a series of essays at once scholarly and accessible, and the essays are complemented by extensive guides for further reading, and brief biographical notes of the major characters in the text, including Rousseau, Montesquieu and David Hume. Of interest and relevance to students and scholars of politics and history at all levels from beginning undergraduate upwards, this volume chronicles one of the most exciting and rewarding of all periods in the development of western thinking about politics, man (and increasingly woman), and society. 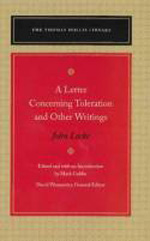 A letter concerning toleration and other writings