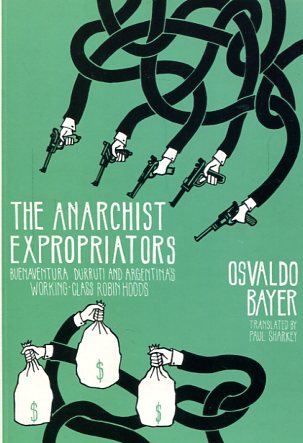 The Anarchist Expropriators details a series of Robin Hood-like tales of daring heists and high-minded ideals that at the same time uncovers aspects of anarchist and Argentine history. It includes the story of Spanish revolutionary Durruti's time in Argentina before his return home to fight in the Spanish Civil War. In early 20th-century Argentina, anarchist expropriators employed direct, violent means to fund the production of books and other forms of propaganda. Bayer tells a sympathetic and thrilling story of crimes committed in the name of justice.