The Age of Agade
inventing empire in Ancient Mesopotamia

The Age of Agade is the first book-length study of the Akkadian period of Mesopotamian history, which saw the rise and fall of the world's first empire during more than a century of extraordinary political, social, and cultural innovation. It draws together more than 40 years of research by one of the world's leading experts in Assyriology to offer an exhaustive survey of the Akkadian empire. Addressing all aspects of the empire, including its statecraft and military, territory and cities, arts, religion, economy, and production, The Age of Agade considers what can be said of Akkadian political and social history, material culture, and daily life. A final chapter also explores how the empire has been presented in modern historiography, from the decipherment of cuneiform to the present, including the extensive research of Soviet historians, summarized here in English for the first time. Drawing on contemporaneous written and artifactual sources, as well as relevant materials from succeeding generations, Foster introduces the reader to the wealth of evidence available. Accessibly written by a specialist in the field, this book is an engaging examination of a critical era in the history of early Mesopotamia. 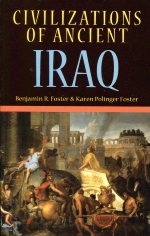