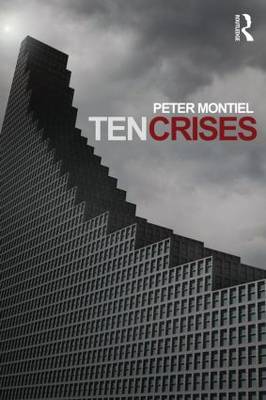 Financial crises are dramatic events. When they emerge, they tend to dominate the attention of the press and become the focus of policymakers. In one form or another, they have affected the lives of millions of people throughout the world. As references to 16th century Dutch tulips, 18th South Seas merchant ventures, or 1920s Florida real estate make clear, they have been around for a long time. At their worst, such as in the cases of the Great Depression or the current Great Recession, their effects have been felt worldwide, with the number of people affected counted into the billions. They have at times changed the course of history. This book analyses ten of the most important financial crises of the last thirty years. The specific crises covered in the book are the 1982 Chilean crisis, the 1992 ERM crisis, the 1994 Mexican crisis, the 1997 Asian crisis, the 1998 Russian crisis, the 1999 Brazilian crisis, the 1999 Ecuadorian crisis, the 2000 Turkish crisis, the 2002 Argentine crisis, and the 2008 crisis in Iceland. The set includes the most important emerging-market crises of the last three decades as well as two particularly informative advanced-country crises, the ERM crisis of 1992 and the Icelandic crisis of 2008. A separate chapter is devoted to each crisis, and a brief concluding chapter sums up some of the key lessons that I believe that we can draw from these events.