State-directed development
political power and industrialization in the global periphery

Why have some developing country states been more successful at facilitating industrialization than others? An answer to this question is developed by focusing both on patterns of state construction and intervention aimed at promoting industrialization. Four countries are analyzed in detail - South Korea, Brazil, India, and Nigeria - over the twentieth century. The states in these countries varied from cohesive- capitalist (mainly in Korea), through fragmented-multiclass (mainly in India), to neo-patrimonial (mainly in Nigeria). It is argued that cohesive-capitalist states have been most effective at promoting industrialization and neo-patrimonial states the least. The performance of fragmented-multiclass states falls somewhere in the middle. After explaining in detail as to why this should be so, the study traces the origins of these different state types historically, emphasizing the role of different types of colonialisms in the process of state construction in the developing world. 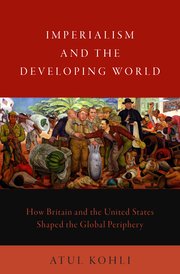 Imperialism and the developing world