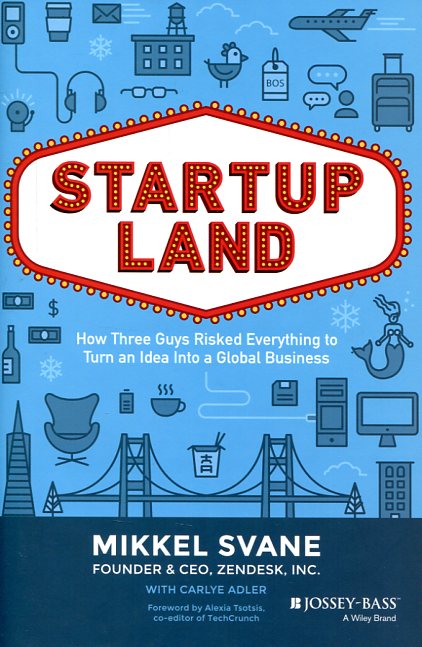 he real story of what it takes to risk it all and go for broke.
Conventional wisdom says most startups need to be in Silicon Valley, started by young engineers around a sexy new idea, and backed by VC funding. But as Mikkel Svane reveals in Startupland, the story of founding Zendesk was anything but conventional.
Founded in a Copenhagen loft by three thirty-something friends looking to break free from corporate doldrums, Zendesk Inc. is now one of the hottest enterprise software companies, still rapidly growing with customers in 150 countries. But its success was anything but predestined. With revealing stories both funny and frank, Mikkel shares how he and his friends bravely left secure jobs to start something on their own, how he almost went broke several times, how they picked up themselves and their families to travel across the world to California and the unknown, and how the three friends were miraculously still together for Zendesk's IPO and (still growing) success.
Much like Zendesk's mission itself-to remove friction, barriers, and mystery in order to make customer service easier and more approachable-Startupland removes some of the myths about startups and startup founders. Mikkel's advice, hard-won through experience, often bucks conventional wisdom and entrepreneurial tropes. He shares why failure (whether fast or slow) is awful, why a seemingly boring product or idea can be the most exciting, why giving back to the community is as important as the bottom line. From how to hire right (look for people who are not offended by swearing) to which personas generate the highest response rates, Mikkel answers the most pressing questions from the perspective of someone still in the trenches and willing to share the hard truth, warts and all.