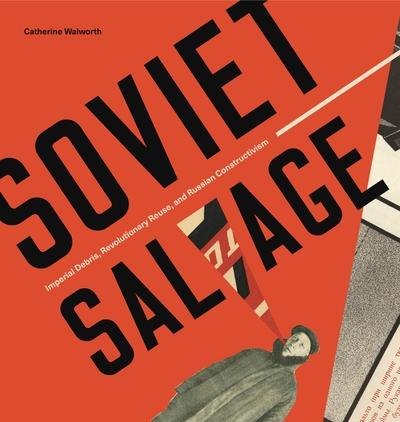 In Soviet Salvage, Catherine Walworth explores how artists on the margins of the Constructivist movement of the 1920s rejected "elitist" media and imagined a new world, knitting together avant-garde art, imperial castoffs, and everyday life.Applying anthropological models borrowed from Claude Lévi-Strauss, Walworth shows that his mythmaker typologies—the "engineer" and "bricoleur"—illustrate, respectively, the canonical Constructivists and artists on the movement's margins who deployed a wide range of clever make-do tactics. Walworth explores the relationships of Nadezhda Lamanova, Esfir Shub, and others with Constructivists such as Aleksei Gan, Varvara Stepanova, and Aleksandr Rodchenko. Together, the work of these artists reflected the chaotic and often contradictory zeitgeist of the decade from 1918 to 1929 and redefined the concept of mass production. Reappropriated fragments of a former enemy era provided a wide range of play and possibility for these artists, and the resulting propaganda porcelain, film, fashion, and architecture tell a broader story of the unique political and economic pressures felt by their makers.An engaging multidisciplinary study of objects and their makers during the Soviet Union's early years, this volume highlights a group of artists who hover like free radicals at the border of existing art-historical discussions of Constructivism and deepens our knowledge of Soviet art and material culture.