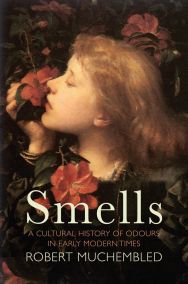 Smells
A cultural history of odours in Early Modern times

Why is our sense of smell so under-appreciated? We tend to think of smell as a vestigial remnant of our pre-human past, doomed to gradual extinction, and we go to great lengths to eliminate smells from our environment, suppressing body odour, bad breath and other smells. Living in a relatively odour-free environment has numbed us to the importance that smells have always had in human history and culture.

In this major new book Robert Muchembled restores smell to its rightful place as one of our most important senses and examines the transformation of smells in the West from the Renaissance to the beginning of the 19th century. He shows that in earlier centuries, the air in towns and cities was often saturated with nauseating emissions and dangerous pollution. Having little choice but to see and smell faeces and urine on a daily basis, people showed little revulsion; until the 1620s, literature and poetry delighted in excreta which now disgust us. The smell of excrement and body odours were formative aspects of eroticism and sexuality, for the social elite and the popular classes alike. At the same time, medicine explained outbreaks of plague by Satan's poisonous breath corrupting the air. Amber, musk and civet came to be seen as vital bulwarks against the devil's breath: scents were worn like armour against the plague. The disappearance of the plague after 1720 and the sharp decline in fear of the devil meant there was no longer any point in using perfumes to fight the forces of evil, paving the way for the olfactory revolution of the 18th century when softer, sweeter perfumes, often with floral and fruity scents, came into fashion, reflecting new norms of femininity and a gentler vision of nature.

This rich cultural history of an under-appreciated sense will be appeal to a wide readership.

Chapter one: Our unique sense of smell

A sense of danger, emotions, and delight

The foul air of medieval towns

The smell of profit

A scholarly culture of scatology

Humour in the conte

The Way to Succeed

Chapter four: Scent of a woman

Demonising the smell of women

When ladies did not smell of roses

A breath of eroticism

Death and the old woman

The eroticism of leather

Nothing new under the Sun King?

Luxuriating in baths of scent

The scent of powder

A note on quotations 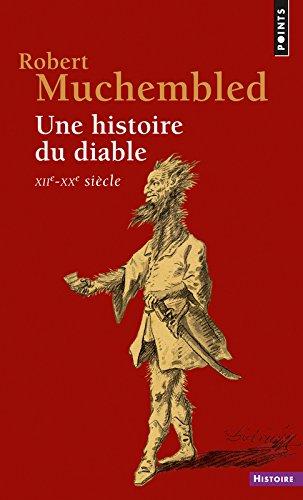 A History of the Devil 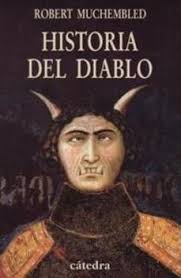