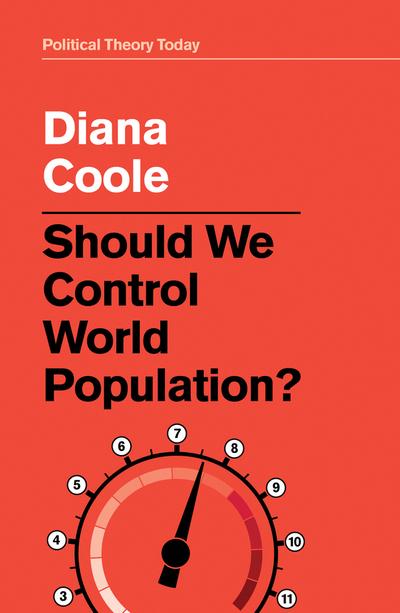 Should we control world population?

By 2100, the human population may exceed 11 billion. Having recently surpassed 7.5 billion, it has trebled since 1950. Are such numbers sustainable, given a deepening environmental crisis? Can so many live well? Or should world population be controlled? The population question, one of the twentieth century’s most bitterly contested issues, is being debated once again.

In this compelling book, Diana Coole examines some of the profound political and ethical questions involved. Are ethical objections to government interference with individuals’ reproductive freedom definitive? Is it possible to limit population in a non-coercive way that is consistent with liberal-democratic values? Interweaving erudite original analysis with an accessible overview of the crucial debates, Coole argues that a case can be made for reducing our numbers in ways that are compatible with human rights.

This book will be essential reading for anyone interested in one of the most important questions facing our planet, from concerned citizens to students of politics, sociology, political economy, gender studies and environmental studies.