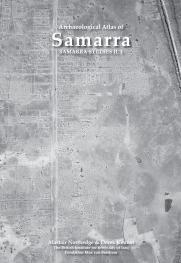 The Archaeological Atlas of Samarra sets out to map and catalogue the site and buildings of the Abbasid capital at Samarra in the period 836 to 892 AD, preserved as they were until the middle years of the 20th century. Site maps and catalogues are provided of all the approximately 5819 building and site units identified. This is the first time that it has been possible to catalogue nearly all the buildings of one of the world's largest ancient cities, from the caliph palaces to the smallest hovels.