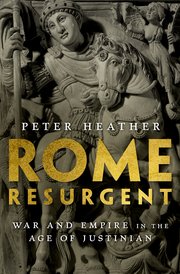 Rome resurgent
war and empire in the Age of Justinian

Between the fall of the western Roman Empire in the fifth century and the collapse of the east in the face of the Arab invasions in the seventh, the remarkable era of the Emperor Justinian (527-568) dominated the Mediterranean region. Famous for his conquests in Italy and North Africa, and for the creation of spectacular monuments such as the Hagia Sophia, his reign was also marked by global religious conflict within the Christian world and an outbreak of plague that some have compared to the Black Death. For many historians, Justinian is far more than an anomaly of Byzantine ambition between the eras of Attila and Muhammad; he is the causal link that binds together the two moments of Roman imperial collapse. Determined to reverse the losses Rome suffered in the fifth century, Justinian unleashed an aggressive campaign in the face of tremendous adversity, not least the plague. This book offers a fundamentally new interpretation of his conquest policy and its overall strategic effect, which has often been seen as imperial overreach, making the regime vulnerable to the Islamic takeover of its richest territories in the seventh century and thus transforming the great Roman Empire of Late Antiquity into its pale shadow of the Middle Ages.

In Rome Resurgent, historian Peter Heather draws heavily upon contemporary sources, including the writings of Procopius, the principal historian of the time, while also recasting that author's narrative by bringing together new perspectives based on a wide array of additional source material. A huge body of archaeological evidence has become available for the sixth century, providing entirely new means of understanding the overall effects of Justinian's war policies. Building on his own distinguished work on the Vandals, Goths, and Persians, Heather also gives much fuller coverage to Rome's enemies than Procopius ever did. A briskly paced narrative by a master historian, Rome Resurgent promises to introduce readers to this captivating and unjustly overlooked chapter in ancient warfare.

The visigoths from the migration period to the seventh Century 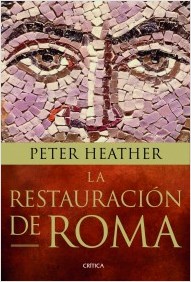 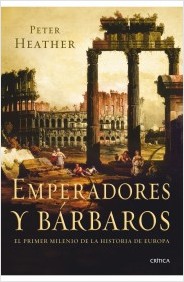