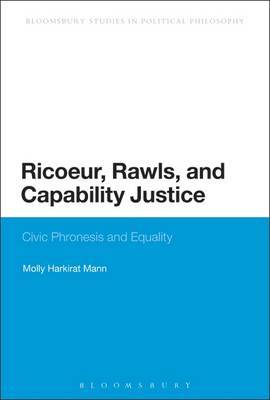 Contemporary capabilities-based approaches to social justice, inspired by the Aristotelian emphasis on human well-being, have tended to separate and even oppose identity-based or recognitive justice from resource-based or redistributive justice. This book demonstrates that such a divorce risks further polarizing capable members of the political community from disabled or vulnerable members. In order to prevent this danger of legitimizing the growing stratification between rich and poor, or between capability and vulnerability in modern neo-liberal societies, Molly Harkirat Mann turns to the work of Paul Ricoeur. In so doing she develops the argument that our historical and institutionalized practices of sharing, articulated by the lexicographical configuration of the Rawlisan principles of justice, represent a method for public deliberation or civic Phronesis, the ethical aim of which is the non-exclusion of our most vulnerable citizens from public institutions of care. By developing his political philosophy in relation to class politics in modern liberal societies, this book shows how Ricoeur's political thought is more closely aligned to that of John Rawls than has previously been acknowledged. 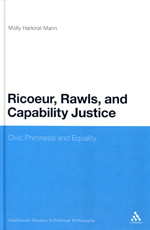