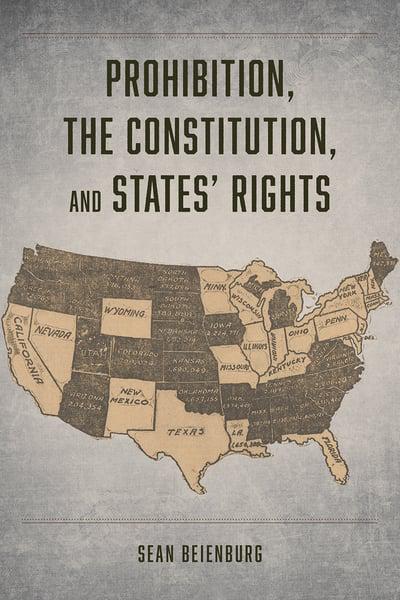 Prohibition the Constitution, and State's rights

Colorado's legalization of marijuana spurred intense debate about the extent to which the Constitution preempts state-enacted laws and statutes. Colorado's legal cannabis program generated a strange scenario in which many politicians, including many who freely invoke the Tenth Amendment, seemed to be attacking the progressive state for asserting states' rights. Unusual as this may seem, this has happened before—in the early part of the twentieth century, as America concluded a decades-long struggle over the suppression of alcohol during Prohibition. Sean Beienburg recovers a largely forgotten constitutional debate, revealing how Prohibition became a battlefield on which skirmishes of American political development, including the debate over federalism and states' rights, were fought. Beienburg focuses on the massive extension of federal authority involved in Prohibition and the passage of the Eighteenth Amendment, describing the roles and reactions of not just Congress, the presidents, and the Supreme Court but political actors throughout the states, who jockeyed with one another to claim fidelity to the Tenth Amendment while reviling nationalism and nullification alike. The most comprehensive treatment of the constitutional debate over Prohibition to date, the book concludes with a discussion of the parallels and differences between Prohibition in the 1920s and debates about the legalization of marijuana today.