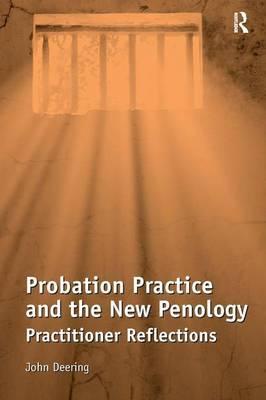 The criminal justice system is in a state of flux and there are growing levels of insecurity and intolerance of crime and offenders among the general population. Along with government policy and practice, these developments are seen as contributing to an increasingly punitive system that imprisons more than ever before and seeks to punish and manage offenders in the community, rather than to attempt their rehabilitation. For these reasons, along with a loss of faith in rehabilitation, the probation service is described by many as becoming a law enforcement agency, charged by government with the assessment and management of risk, the protection of the public and the management and punishment of offenders, rather than their transformation into pro-social citizens. This study discovers the extent to which practitioners within the National Probation Service for England and Wales and the National Offender Management Service ascribe to the values, attitudes and beliefs associated with these macro and mezzo level changes and how much their practice has changed accordingly. By viewing examples of 'real' practice through the lens of modernisation of the public services, managerialism, 'new public management' and Bourdieu's theories of organisation change, we are able to consider how 'real' practice is likely to emerge as something different from the intentions of both government/management and practitioners as a result of the interplay between the 'field' of the former and the 'habitus' of the latter.