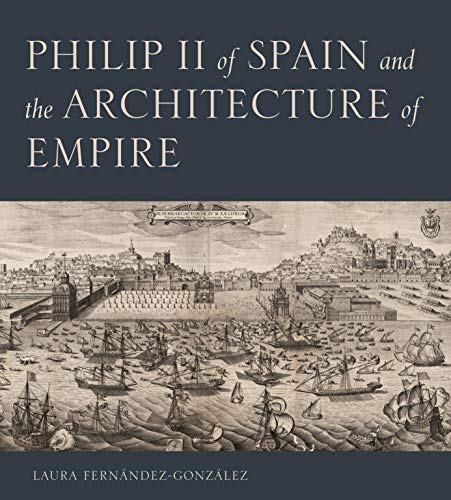 Philip II of Spain and the architecture of Empire

Philip II of Spain was a major patron of the arts, best known for his magnificent palace and royal mausoleum at the Monastery of San Lorenzo of El Escorial. However, neither the king’s monastery nor his collections fully convey the rich artistic landscape of early modern Iberia. In this book, Laura Fernández-González examines Philip’s architectural and artistic projects, placing them within the wider context of Europe and the transoceanic Iberian dominions.

Philip II of Spain and the Architecture of Empire investigates ideas of empire and globalization in the art and architecture of the Iberian world during the sixteenth century, a time when the Spanish Empire was one of the largest in the world. Fernández-González illuminates Philip’s use of building regulations to construct an imperial city in Madrid and highlights the importance of his transformation of the Simancas fortress into an archive. She analyzes the refashioning of his imperial image upon his ascension to the Portuguese throne and uses the Hall of Battles in El Escorial as a lens through which to understand visual culture, history writing, and Philip’s kingly image as it was reflected in the funeral commemorations mourning his death across the Iberian world. Positioning Philip’s art and architectural programs within the wider cultural context of politics, legislation, religion, and theoretical trends, Fernández-González shows how design and images traveled across the Iberian world and provides a nuanced assessment of Philip’s role in influencing them.

Original and important, this panoramic work will have a lasting impact on Philip II’s artistic legacy. Art historians and scholars of Iberia and sixteenth-century history will especially value Fernández-González’s research.