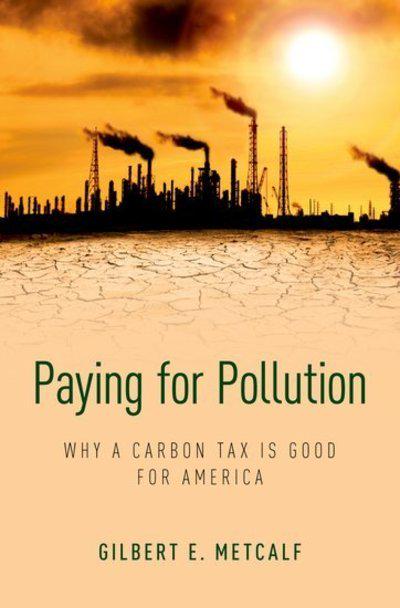 Paying for pollution
why a carbon tax is good for America

The threats posed by global climate change are widely recognized and carbon emmissions are the major source of greenhouse gases accumulating in the atmosphere. Burning fossil fuels causes long-lasting, pervasive damages, costly to those of us alive today and even more to our children and our children's children. The United States is the second largest carbon emitting country in the world and should play a key role in global efforts to reduce emissions. Paying for Pollution incisively examines the very real costs-economic and social-of climate change and the challenges of concerted action to reduce future losses due to damages of higher temperatures and more extreme weather. Gilbert E. Metcalf argues that there is a convergence of social, economic, environmental, and political forces that provides an opening for a new approach to climate policy, one based on market principles that can appeal to politicians across the political spectrum. After all, markets work best when the price of a good reflects all its costs. Metcalf suggests that a thoughtfully and politically sensitive designed carbon tax could also contribute to an improved tax system, something desired by Republican and Democratic politicians alike. That is, a carbon tax increases fiscal flexibility by providing new revenues to finance reforms to the income tax that improve the fairness of the tax code and contribute to economic growth. Metcalf compares the benefits of a carbon tax to other potential policies, such as cap and trade, to reduce the threats of climate change. None, he shows, are as effective, efficient, and fair as a carbon tax.