Of god and gods
Egypt, Israel, and the Rise of Monotheism

For thousands of years, our world has been shaped by biblical monotheism. But its hallmark#a distinction between one true God and many false gods#was once a new and radical idea. Of God and Gods explores the revolutionary newness of biblical theology against a background of the polytheism that was once so commonplace. Jan Assmann, one of the most distinguished scholars of ancient Egypt working today, traces the concept of a true religion back to its earliest beginnings in Egypt and describes how this new idea took shape in the context of the older polytheistic world that it rejected. He offers readers a deepened understanding of Egyptian polytheism and elaborates on his concept of the #Mosaic distinction,# which conceives an exclusive and emphatic Truth that sets religion apart from beliefs shunned as superstition, paganism, or heresy. Without a theory of polytheism, Assmann contends, any adequate understanding of monotheism is impossible. This work will be of great interest to anyone seeking to understand the relationship between God and gods. #A masterful achievement#brimming with fundamental and challenging insights about monotheism and polytheism, religious violence and exclusivity. It is a tough-minded inquiry in every sense, with the cultural semantics of theology brought to the center of historical reflection. With this work, Assmann solidifies his stature as one of the premier historians of religious ideas in our generation.# #Michael Fishbane, University of Chicago Jan Assmann is professor emeritus of Egyptology at the University of Heidelberg. He is also Honorary Professor of Cultural Theory at Konstanz University and has been a visiting professor at the École des Hautes Études en Sciences Sociales in Paris, Yale University, the University of Chicago, and the Hebrew University, Jerusalem. A prize-winning scholar, he has published extensively on religious history and ancient Egypt.

Death and salvation in Ancient Egypt 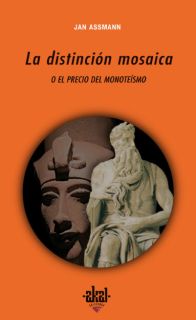