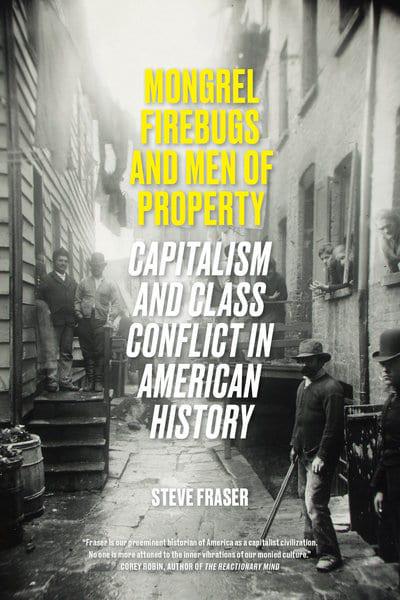 In popular retellings of American history, capitalism generally doesn't feature much as part of the founding or development of the nation. Instead, it is alluded to in figurative terms as opportunity, entrepreneurial vigor, material abundance, and the seven-league boots of manifest destiny.

In this collection of essays, Steve Fraser, the preeminent historian of American capitalism, sets the record straight, rewriting the arc of the American saga with class conflict center stage and mounting a serious challenge to the consoling fantasy of American exceptionalism. From the colonial era to Trump, Fraser recovers the repressed history of debtors' prisons and disaster capitalism, of confidence men and the reserve armies of the unemployed. In language that is dynamic and compelling, he demonstrates that class is a fundamental feature of American political life and provides essential intellectual tools for a shrewd reading of American history.