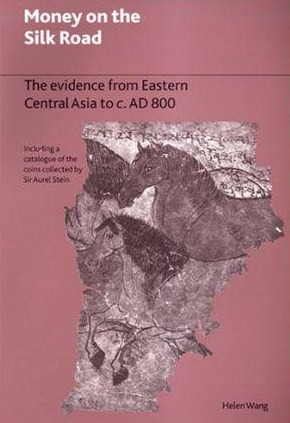 Money on the Silk Road
the evidence from Eastern Central Asia to c. AD 800

This book focuses on the money of Eastern Central Asia to c. AD 800, a period of over 900 years, across a vast geographical area with a very diverse population of different cultures and traditions. The only relevant historical accounts are those found in the Chinese dynastic histories, yet these contain few references to money in Eastern Central Asia. This study therefore depends almost entirely on the archaeological evidence for money found at sites in the region, in the form of coins and contemporary documentary evidence. The book is arranged in four parts. The first part presents the background to the study, the second the numismatic evidence, the third gives the evidence for money in the contemporary documents excavated at sites in Eastern Central Asia, and the concluding part brings together the data from the numismatic and documentary evidence to create a new framework for money in early Eastern Central Asia.

Including a catalogue of the coins collected by Sir Aurel Stein.