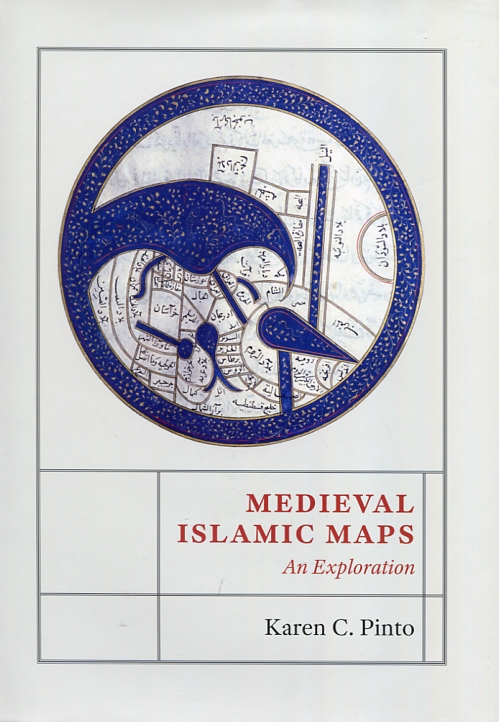 Hundreds of exceptional cartographic images are scattered throughout medieval and early modern Arabic, Persian, and Turkish manuscript collections. The plethora of copies created around the Islamic world over the course of eight centuries testifies to the enduring importance of these medieval visions for the Muslim cartographic imagination. With Medieval Islamic Maps, historian Karen C. Pinto brings us the first in-depth exploration of medieval Islamic cartography from the mid-tenth to the nineteenth century.

Pinto focuses on the distinct tradition of maps known collectively as the Book of Roads and Kingdoms (Kitab al-Masalik wa al-Mamalik, or KMMS), examining them from three distinct angles—iconography, context, and patronage. She untangles the history of the KMMS maps, traces their inception and evolution, and analyzes them to reveal the identities of their creators, painters, and patrons, as well as the vivid realities of the social and physical world they depicted. In doing so, Pinto develops innovative techniques for approaching the visual record of Islamic history, explores how medieval Muslims perceived themselves and their world, and brings Middle Eastern maps into the forefront of the study of the history of cartography.