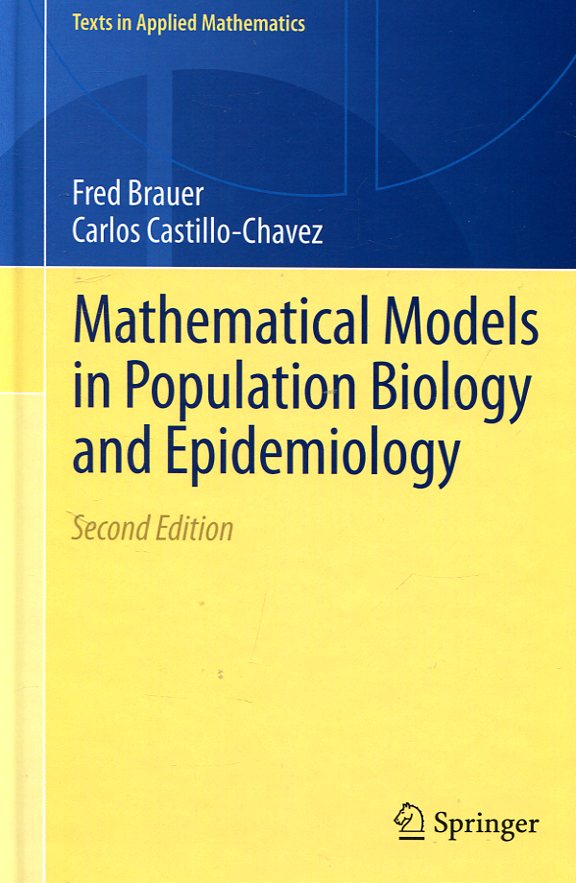 Mathematical Models in Population Biology and Epidemiology
This book is an introduction to the principles and practice of mathematical modeling in the biological sciences, concentrating on applications in population biology, epidemiology, and resource management. The core of the book covers models in these areas and the mathematics useful in analyzing them, including case studies representing real-life situations. The emphasis throughout is on describing the mathematical results and showing students how to apply them to biological problems while highlighting some modeling strategies. A large number and variety of examples, exercises, and projects are included. Additional ideas and information may be found on a web site associated with the book.
Senior undergraduates and graduate students as well as scientists in the biological and mathematical sciences will find this book useful.
Carlos Castillo-Chavez is professor of biomathematics in the departments of biometrics, statistics, and theoretical and applied mechanics at Cornell University and a member of the graduate fields of applied mathematics, ecology and evolutionary biology, and epidemiology. H is the recepient of numerous awards including two White House Awards (1992 and 1997) and QEM Giant in Space Mentoring Award (2000).
Fred Brauer is a Professor Emeritus of Mathematics at the University id Wisconsin, where he taught from 1960 to 1999, and has also been an Honorary Professor of Mathematics at the University of British Columbia since 1997.

Free supplementary material available on the author's website involving problems using both Mathematica and MapleText offers nice balance of theory and applicationConcentration is on applications in population biology, epidemiology, and resource management