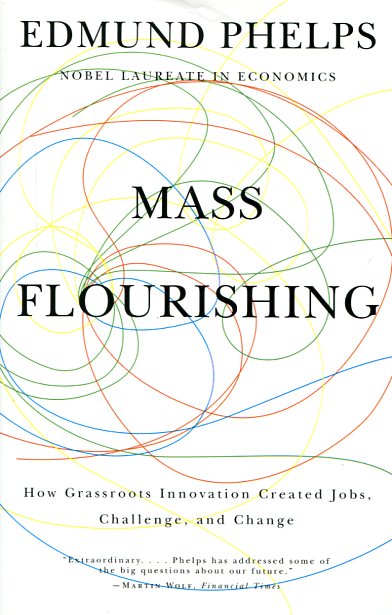 In this book, Nobel Prize-winning economist Edmund Phelps draws on a lifetime of thinking to make a sweeping new argument about what makes nations prosper--and why the sources of that prosperity are under threat today. Why did prosperity explode in some nations between the 1820s and 1960s, creating not just unprecedented material wealth but "flourishing"--meaningful work, self-expression, and personal growth for more people than ever before? Phelps makes the case that the wellspring of this flourishing was modern values such as the desire to create, explore, and meet challenges. These values fueled the grassroots dynamism that was necessary for widespread, indigenous innovation. Most innovation wasn't driven by a few isolated visionaries like Henry Ford and Steve Jobs; rather, it was driven by millions of people empowered to think of, develop, and market innumerable new products and processes, and improvements to existing ones. Mass flourishing--a combination of material well-being and the "good life" in a broader sense--was created by this mass innovation. Yet indigenous innovation and flourishing weakened decades ago. In America, evidence indicates that innovation and job satisfaction have decreased since the late 1960s, while postwar Europe has never recaptured its former dynamism. The reason, Phelps argues, is that the modern values underlying the modern economy are under threat by a resurgence of traditional, corporatist values that put the community and state over the individual. The ultimate fate of modern values is now the most pressing question for the West: will Western nations recommit themselves to modernity, grassroots dynamism, indigenous innovation, and widespread personal fulfillment, or will we go on with a narrowed innovation that limits flourishing to a few? A book of immense practical and intellectual importance, Mass Flourishing is essential reading for anyone who cares about the sources of prosperity and the future of the West. 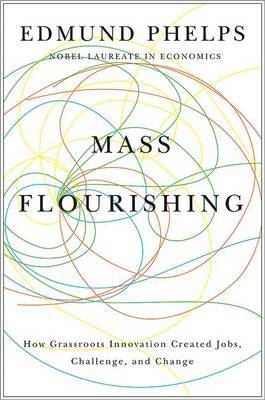