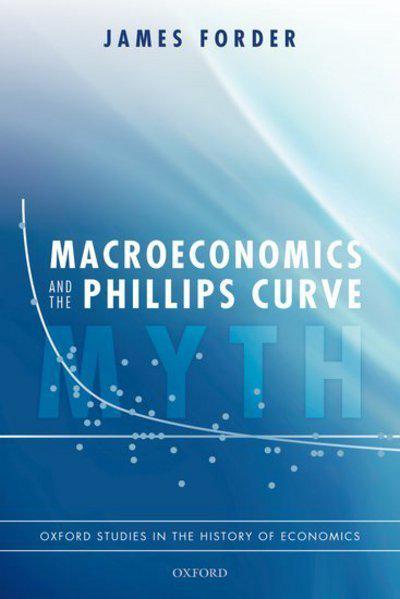 Macroeconomics and the Phillips Curve

This book reconsiders the role of the Phillips curve in macroeconomic analysis in the first twenty years following the famous work by A. W. H. Phillips, after whom it is named. It argues that the story conventionally told is entirely misleading. In that story, Phillips made a great breakthrough but his work led to a view that inflationary policy could be used systematically to maintain low unemployment, and that it was only after the work of Milton Friedman and Edmund Phelps about a decade after Phillips' that this view was rejected. On the contrary, a detailed analysis of the literature of the times shows that the idea of a negative relation between wage change and unemployment - supposedly Phillips' discovery - was commonplace in the 1950s, as were the arguments attributed to Friedman and Phelps by the conventional story. And, perhaps most importantly, there is scarcely any sign of the idea of the inflation-unemployment tradeoff promoting inflationary policy, either in the theoretical literature or in actual policymaking. The book demonstrates and identifies a number of main strands of the actual thinking of the 1950s, 1960s, and 1970s on the question of the determination of inflation and its relation to other variables. The result is not only a rejection of the Phillips curve story as it has been told, and a reassessment of the understanding of the economists of those years of macroeconomics, but also the construction of an alternative, and historically more authentic account, of the economic theory of those times. A notable outcome is that the economic theory of the time was not nearly so naïve as it has been portrayed.

Macroeconomics and the Phillips Curve Myth