As the economic giants of Asia and elsewhere have awakened, Western leaders have increasingly struggled to maintain economic stability. The international financial crisis that began in 2007 is but one result of the emerging nations' increased gravitational pull. In this vividly written and compellingly argued book, Stephen King, the global chief economist at HSBC, one of the largest banking groups in the world, suggests that the decades ahead will see a major redistribution of wealth and power across the globe that will force consumers in the United States and Europe to stop living beyond their means. The tide of money washing in from emerging nations has already fuelled the recent property bubble in the West, while new patterns of trade have left the West increasingly dependent on risky financial services. Unless things change drastically, King argues, the increasing power of emerging markets, when coupled with poor internal regulation and an increasingly anachronistic system of global governance, will result in greater instability and income inequality, accompanied by the risk of a major dollar decline. And as Western populations age and emerging economies develop further, the social and political consequences may be alarming to citizens who have grown accustomed to living in prosperity. 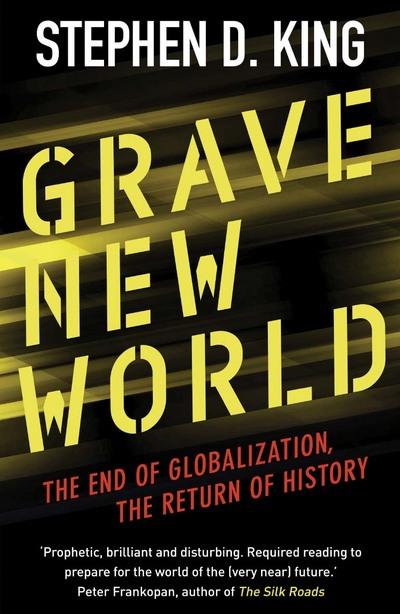 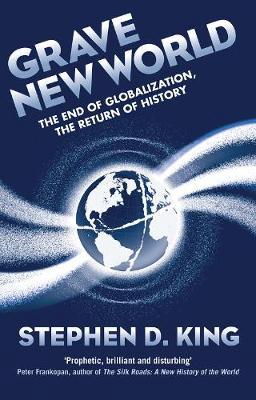 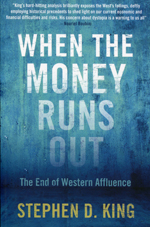 When the money runs out