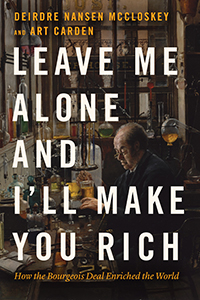 The economist and historian Deirdre Nansen McCloskey has been best known recently for her Bourgeois Era trilogy, a vigorous defense, unrivaled in scope, of commercially tested betterment. Its massive volumes, The Bourgeois Virtues, Bourgeois Dignity, and Bourgeois Equality, solve Adam Smith’s puzzle of the nature and causes of the wealth of nations, and of the moral sentiments of modernity. The world got rich, she argues, not chiefly by material causes but by an idea and a sentiment, a new admiration for the middle class and its egalitarian liberalism.

For readers looking for a distillation of McCloskey’s magisterial work, Leave Me Alone and I’ll Make You Rich is what you’ve been waiting for. In this lively volume, McCloskey and the economist and journalist Carden bring together the trilogy’s key ideas and its most provocative arguments. The rise of the west, and now the rest, is the story of the rise of ordinary people to a dignity and liberty inspiring them to have a go. The outcome was an explosion of innovation after 1800, and a rise of real income by an astounding 3,000 percent. The Great Enrichment, well beyond the conventional Industrial Revolution, did not, McCloskey and Carden show, come from the usual suspects, capital accumulation or class struggle. It came from the idea of economic liberty in Holland and the Anglosphere, then Sweden and Japan, then Italy and Israel and China and India, an idea that bids fair in the next few generations to raise up the wretched of the earth. The original shift to liberalism arose from 1517 to 1789 from theological and political revolutions in northwest Europe, upending ancient hierarchies. McCloskey and Carden contend further that liberalism and “innovism” made us better humans as well as richer ones. Not matter but ideas. Not corruption but improvement.

Leave Me Alone and I’ll Make You Rich draws in entertaining fashion on history, economics, literature, philosophy, and popular culture, from growth theory to the Simpsons. It is the perfect introduction for a broad audience to McCloskey’s influential explanation of how we got rich. At a time when confidence in the economic system is under challenge, the book mounts an optimistic and persuasive defense of liberal innovism, and of the modern world it has wrought.

Part I Poverty Is on the Run

2 It’s the End of the World as They Knew It, and You Should Feel Pretty Good

4 Under Liberalism the Formerly Poor Can Flourish Ethically and Spiritually

5 Consider the Possibility That Your Doubts Might Be Mistaken

6 Pessimism Has Been since 1800 a Rotten Predictor

7 Even about the Environment

8 In Fact, None of the Seven Old Pessimisms Makes a Lot of Sense

9 Nor Do the Three New Ones

10 So to Get Better, the World Had Better Keep Its Ethical Wits about It

11 And True Liberalism Celebrates a Life Beyond Wealth

Part II Enrichment Didn’t Come for the Reasons You Imagine

15 Nor Thrift or “Capitalism”

16 Schooling and Science Were Not the Fairy Dust

19 Nor Wage Slavery Ended by Unions and Regulation

20 The Talk and the Deals Changed in Northwestern Europe

21 That Is, Ethics and Rhetoric Changed

23 And “Happiness” Itself Changed

24 The Change in Valuation Showed in English Plays, Poems, and Novels

25 Happy Accidents Led to the Revaluation 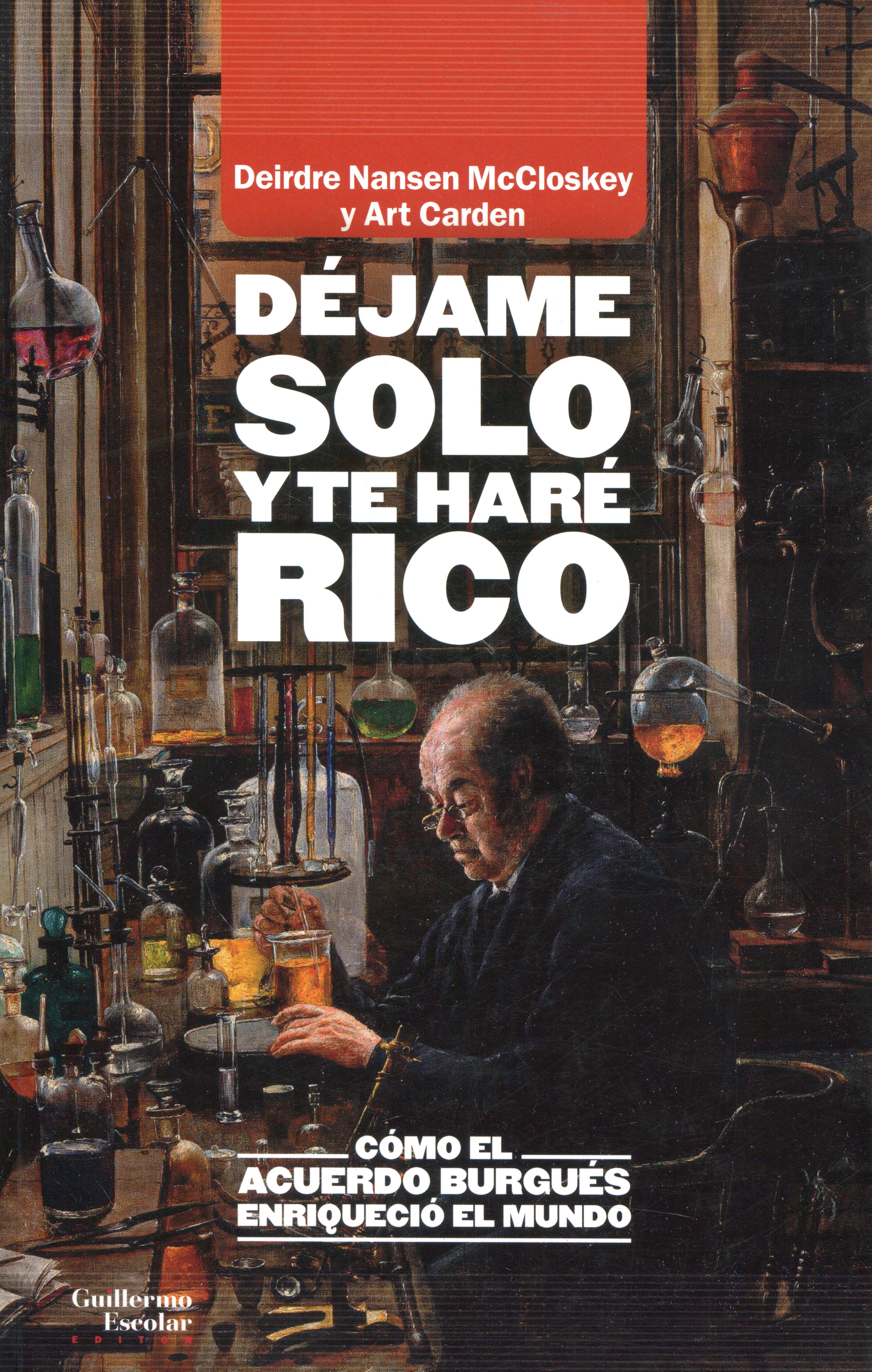 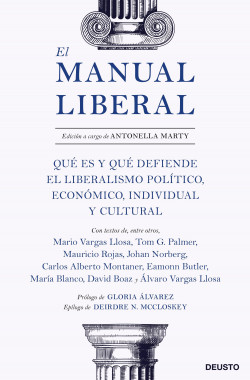 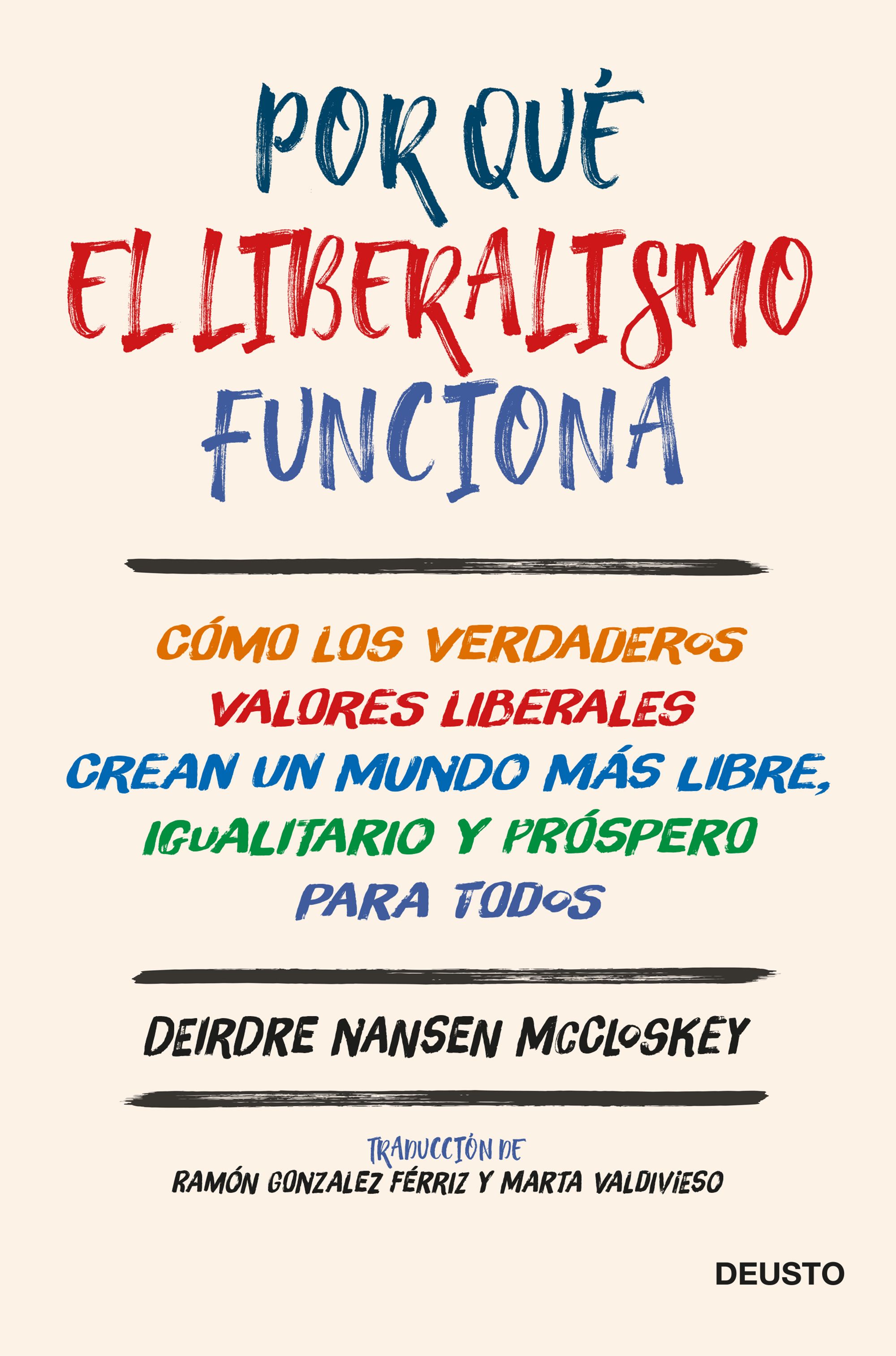