Law and governance in an enlarged European Union

This book's principal aim is to critically address the institutional and substantive legal issues resulting from European enlargement, concentrating on the legal foundations on which the enlarged Union is being built. The accession of new Member States creates the potential for a stronger and more powerful Europe. Realizing this potential will depend on the ability of the EU to develop functional and effective governance structures, both at the European level and at the level of the individual Member States. While the acquis communautaire will ensure that formal laws in the new Member States will be aligned with those of existing members, the question remains as to how effective institutions will be in implementing changes, and what effects the imposed changes will have on the legitimacy of the new legal framework. This book, containing the work of leading social scientists and policymakers, examines the current and future legal framework for EU governance, and the role that new members will - or will not - play in the creation of that framework, paying particular attention to the specific challenges membership in the EU poses to the acceding states of Central and Eastern Europe. It is a book which will contribute to and influence debates over constitutionalism and legal harmonisation in the EU. 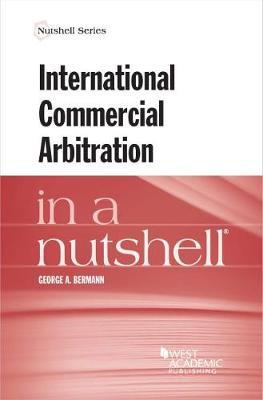 International Commercial Arbitration in a Nutshell