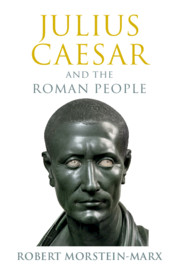 Julius Caesar and the roman people

Julius Caesar was no aspiring autocrat seeking to realize the imperial future but an unusually successful republican leader who was measured against the Republic's traditions and its greatest heroes of the past. Catastrophe befell Rome not because Caesar (or anyone else) turned against the Republic, its norms and institutions, but because Caesar's extraordinary success mobilized a determined opposition which ultimately preferred to precipitate civil war rather than accept its political defeat. Based on painstaking re-analysis of the ancient sources in the light of recent advances in our understanding of the participatory role of the People in the republican political system, a strong emphasis on agents' choices rather than structural causation, and profound scepticism toward the facile determinism that often substitutes for historical explanation, this book offers a radical reinterpretation of a figure of profound historical importance who stands at the turning point of Roman history from Republic to Empire.

1. Introduction
2. The Early Caesar
3. Caesar's 'Entry into History': The Catilinarian Debate and Its Aftermath
4. Caesar's First Consulship
5. Caesar in Gaul: The View from Rome
6. No Return: Caesar's Dignitas and the Coming of the Civil War
7. Taking Sides
8. Caesar's Leniency
9. En route to the Parthian War
10. Conclusion 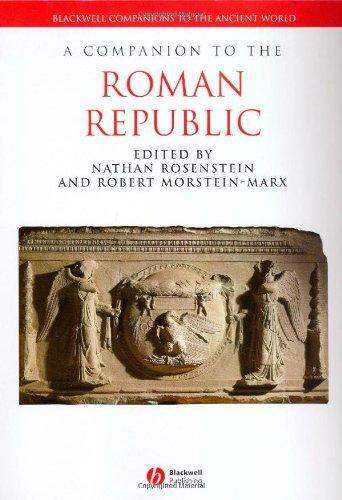 A companion to the Roman Republic

Mass oratory and political power in the late roman republic