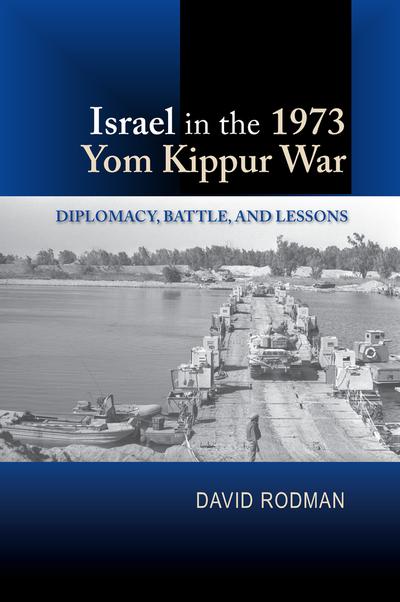 Israel in the 1973 Yom Kippur War
diplomacy, battle, and lessons

The State of Israel faced one of its most difficult challenges during the 1973 Yom Kippur War. Though the Israel Defense Forces (IDF) eventually emerged as the clear victor in the war, it suffered serious reverses at the outset of hostilities, as well as substantial losses in men and equipment. This book revisits the Yom Kippur War by exploring a number of issues that have not previously received the attention they deserve or that would benefit from a fresh evaluation. Among the issues examined are: the AmericanIsraeli and JordanianIsraeli relationships during the war; the roles of Israeli nuclear weapons and airpower; the IDFs practice of combined arms warfare; the reasons why the IDF turned the tide of the war more quickly on the Golan front than on the Sinai front; the impact of American arms transfers; and the lessons derived from the war by the United States Army and the IDF. This book, which relies heavily on government documents and other primary sources of information, fills important descriptive and analytical gaps in the academic literature about the Yom Kippur War. No other book compares to it in respect of content and interpretation. It is, in short, essential reading for all scholars interested in the diplomatic and military dimensions of the war.