Islamism in the shadow of al-Qaeda

A renowned authority on Islamic movements, François Burgat lived for eighteen years on the Arabian Peninsula, including his time as director of the French Center for Archaeology and Social Sciences at Yemen. He also dedicated many months to fieldwork in North Africa. Bringing Burgat's decades of expertise to the complex dialogues that have marked the post-9/11 world, Islamism in the Shadow of al-Qaeda delivers much- needed clarity and historical perspective. In Burgat's eyes, most of the West's political and media rhetoric has only fueled al-Qaeda's case, revealing a woeful lack of comprehension regarding the violent authoritarianism that divides the Middle East and creates a breeding ground for terrorism. Islamism in the Shadow of al- Qaeda provides a primer of the three eras of political Islam, from the 1928 founding of the Muslim Brothers to the rise of post-colonial dictatorships and the current radicalization of "Generation al-Qaeda." Offering a new roadmap for stability, Burgat bridges the ideologies-- political, religious, and cultural--that must be traversed if the deadlysectarianism is to be superseded. 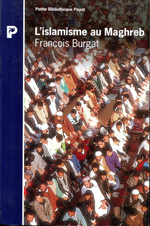