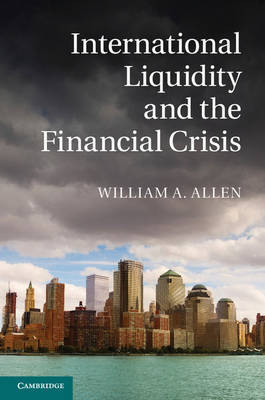 International liquidity and the financial crisis

In the ongoing financial crisis, policy makers have for the most part appeared to be reactive, formulating emergency solutions as events unfold. However, in contrast to their performance during the Great Depression, central banks around the world, led by the Federal Reserve, acted decisively following the collapse of Lehman Brothers and provided huge injections of liquidity into the financial markets, thereby preventing a far worse outcome. International Liquidity and the Financial Crisis compares the 2008 crisis with the disaster of 1931 and explores the similarities and differences. It considers the lasting effects of the crisis on international liquidity, the possibilities for an international lender of last resort, and the enlargement of the International Monetary Fund after the crisis. It shows that there is no clear demarcation between monetary and macro-prudential policies, and discusses how central banks need to adapt to a new environment in which global liquidity is much scarcer.