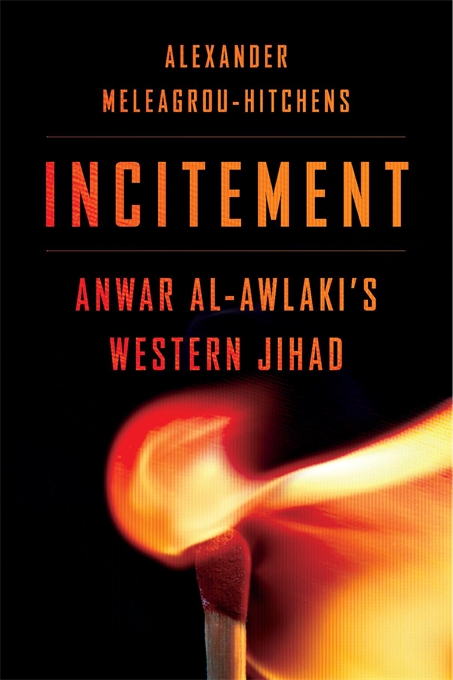 Anwar al-Awlaki was, according to one of his followers, “the main man who translated jihad into English.” By the time he was killed by an American drone strike in 2011, he had become a spiritual leader for thousands of extremists, especially in the United States and Britain, where he aimed to make violent Islamism “as American as apple pie and as British as afternoon tea.” Alexander Meleagrou-Hitchens draws on extensive research among al-Awlaki’s former colleagues, friends, and followers, including interviews with convicted terrorists, to explain how he established his network and why his message resonated with disaffected Muslims in the West.

A native of New Mexico, al-Awlaki rose to prominence in 2001 as the imam of a Virginia mosque attended by three of the 9/11 hijackers. After leaving for Britain in 2002, he began delivering popular lectures and sermons that were increasingly radical and anti-Western. In 2004 he moved to Yemen, where he eventually joined al-Qaeda and oversaw numerous major international terrorist plots. Through live video broadcasts to Western mosques and universities, YouTube, magazines, and other media, he soon became the world’s foremost English-speaking recruiter for violent Islamism. One measure of his success is that he has been linked to about a quarter of Islamists convicted of terrorism-related offenses in the United States since 2007.

Despite the extreme nature of these activities, Meleagrou-Hitchens argues that al-Awlaki’s strategy and tactics are best understood through traditional social-movement theory. With clarity and verve, he shows how violent fundamentalists are born.

Note on Transliteration and Quotations
Introduction
I. The Making of a Global Jihadist Leader
1. From America to Yemen
2. Awlaki and Activist Salafism
3. Awlaki and Salafi-Jihadism: Theory and Praxis
4. “And Inspire the Believers…”
II. Awlaki’s Disciples
5. Umar Farouk Abdulmutallab
6. Nidal Hasan
7. Zachary Adam Chesser
8. Awlaki and the Islamic State in the West
Conclusion
Glossary
Notes
Acknowledgments
Index