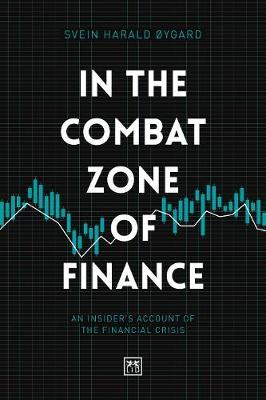 The 2008 financial crisis was among the worst in history, yet nevertheless offers invaluable lessons. Recorded as the third largest bankruptcy in history, it caused Iceland to experience an instant collapse. Iceland defied the rules of finance; no bailout was attempted, capital movements were restricted, bankers jailed, and creditors fought. Amazingly, although Iceland was hit hardest, it recovered fastest.

In The Combat Zone of Finance is an insider's account told through anecdotes, dialogues and personal stories. The author, Svein Harald Oygard, was offered the job of Central Bank Governor of Iceland just as the crisis struck. He saw how institutions and leaders behaved from inside the system in its deepest crisis. Some made billions; others got burned. Their behaviour, strengths and weaknesses were revealed as in no other country. Oygard analyses these events in the context of financial risks facing the world in 2020; knowledge of which is becoming increasingly relevant.