Imperial Portugal in the Age of Atlantic Revolutions
the luso-brazilian world, c. 1770-1850

As the British, French and Spanish Atlantic empires were torn apart in the Age of Revolutions, Portugal steadily pursued reforms to tie its American, African and European territories more closely together. Eventually, after a period of revival and prosperity, the Luso-Brazilian world also succumbed to revolution, which ultimately resulted in Brazil's independence from Portugal. The first of its kind in the English language to examine the Portuguese Atlantic World in the period from 1750 to 1850, this book reveals that despite formal separation, the links and relationships that survived the demise of empire entwined the historical trajectories of Portugal and Brazil even more tightly than before. From constitutionalism to economic policy to the problem of slavery, Portuguese and Brazilian statesmen and political writers laboured under the long shadow of empire as they sought to begin anew and forge stable post-imperial orders on both sides of the Atlantic.

Enlightenment, Governance, and Reform in Spain and its Empire, 1759-1808

Enlightened reform in southern Europe and its atlantic colinies, c. 1750-1830 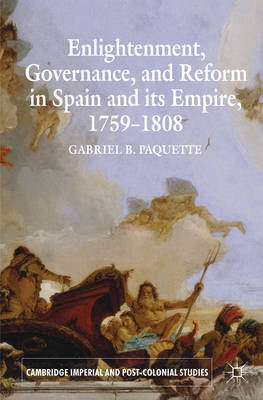 Englihtenment, governance, and reform in Spain and its Empire, 1759-1808