Although the focus of the book is on a region in Spain, many of the changes on the ground there are present world wide making the book of interest to scholars outside of Spain. This is an important study of a region in which great economics, political, and cultural changes have occurred due to globalization. It is a successful linking of political economy and historical ethnography which stands at the heart of contemporary anthropology. This superb historical and ethnographic study of the political economy of the Vega Baja region of Spain, one of the European Union's "Regional Economies," takes up the difficult question of how to understand the growing alienation ordinary working people feel in the face of globalization. Combining rich oral histories with a sophisticated and nuanced structural understanding of changing political economies, the authors examine the growing divide between government and its citizens in a region that has in the last four decades been transformed from a primarily agricultural economy to a primarily industrial one. Offering a new form of ethnography appropriate for the study of suprastate polities and a globalized economy, "Immediate Struggles" contributes to our understanding of one region as well as the way we think about changing class relations, modes of production, and cultural practices in a newly emerging Europe. The authors also consider how phenomena such as the "informal economy" and "black market" are not marginal to the normal operation of state and economic institutions but are intertwined with both. 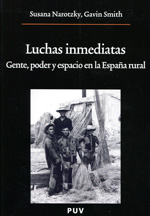 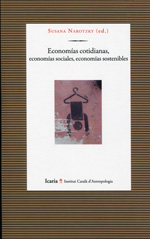 Getting the best from agencies and other outside services.