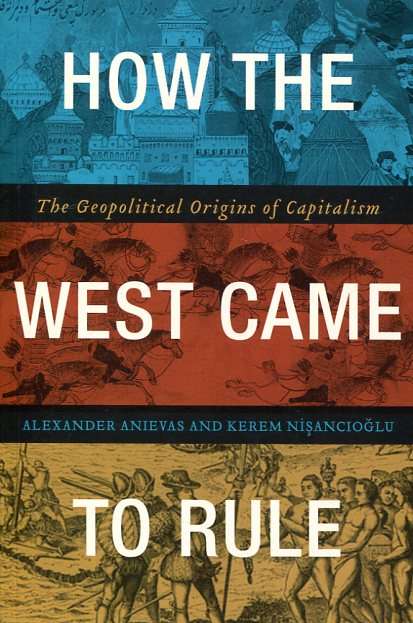 How the West came to rule
the geopolitical origins of capitalism

Mainstream historical accounts of the development of capitalism describe a process which is fundamentally European - a system that was born in the mills and factories of England or under the guillotines of the French Revolution. In this groundbreaking book, a very different story is told. How the West Came to Rule offers a unique interdisciplinary and international historical account of the origins of capitalism. It argues that contrary to the dominant wisdom, capitalism's origins should not be understood as a development confined to the geographically and culturally sealed borders of Europe, but the outcome of a wider array of global processes in which non-European societies played a decisive role. Through an outline of the uneven histories of Mongolian expansion, New World discoveries, Ottoman-Habsburg rivalry, the development of the Asian colonies and bourgeois revolutions, Alexander Anievas and Kerem Nisancioglu provide an account of how these diverse events and processes came together to produce capitalism.