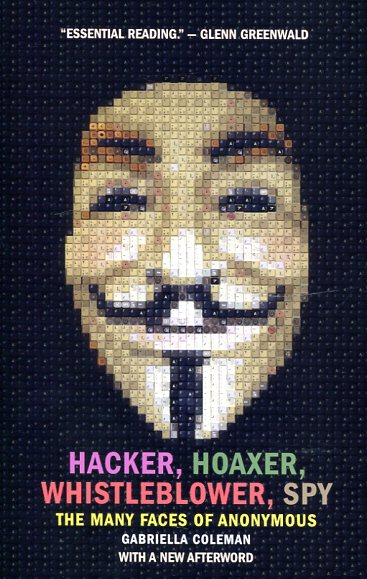 Hacker, hoaxer, whistleblower, spy
the many faces of Anonymous

Here is the ultimate book on the worldwide movement of hackers, pranksters, and activists that operates under the non-name Anonymous, by the writer the Huffington Post says "knows all of Anonymous' deepest, darkest secrets." Half a dozen years ago, anthropologist Gabriella Coleman set out to study the rise of this global phenomenon just as some of its members were turning to political protest and dangerous disruption (before Anonymous shot to fame as a key player in the battles over WikiLeaks, the Arab Spring, and Occupy Wall Street). She ended up becoming so closely connected to Anonymous that the tricky story of her inside-outside status as Anon confidante, interpreter, and erstwhile mouthpiece forms one of the themes of this witty and entirely engrossing book. The narrative brims with details unearthed from within a notoriously mysterious subculture, whose semi-legendary tricksters - such as Topiary, tflow, Anachaos, and Sabu - emerge as complex, diverse, politically and culturally sophisticated people.Propelled by years of chats and encounters with a multitude of hackers, including imprisoned activist Jeremy Hammond and the double agent who helped put him away, Hector Monsegur, Hacker, Hoaxer, Whistleblower, Spy is filled with insights into the meaning of digital activism and little understood facets of culture in the Internet age, including the history of "trolling," the ethics and metaphysics of hacking, and the origins and manifold meanings of "the lulz. " 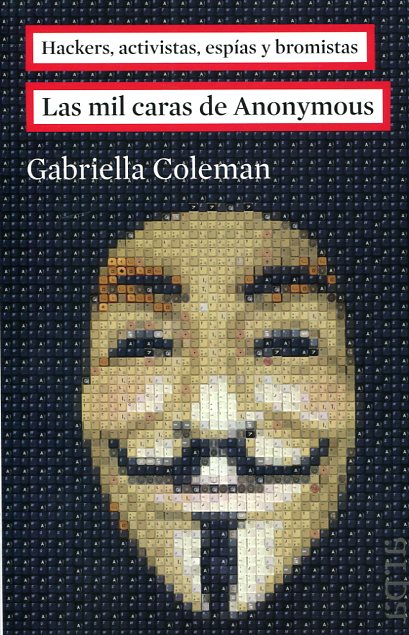