As international financial markets have become more complex, so has the regulatory system which oversees them. The Basel Committee is just one of a plethora of international bodies and groupings which now set standards for financial activity around the world, in the interests of investor protection and financial stability. These groupings, and their decisions, have a major impact on markets in developed and developing countries, and on competition between financial firms. Yet their workings are shrouded in mystery, and their legitimacy is uncertain.Here, for the first time, two men who have worked within the system describe its origins and development in clear and accessible terms. Howard Davies was the first Chairman of the UK's Financial Services Authority, the single regulator for the whole of Britain's financial sector. He was a member of the main international regulatory committees for several years. David Green was Head of International Affairs at the FSA, after 30 years in the Bank of England. He now advises the Financial Reporting Council, and has been closely associated with the development of the European regulatory system, in particular. Their 'critical primer' is a guide to the international system which will be invaluable for international regulators themselves, financial market practitioners and for students of the global financial system.Furthermore, they identify weaknesses in the system, faced with new types of institutions like hedge funds and private equity funds and the growth in importance of developing countries, who have been excluded so far from the key decision making fora. It will be essential reading for all those interested in the development of financial markets and the way they are regulated. 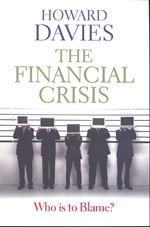