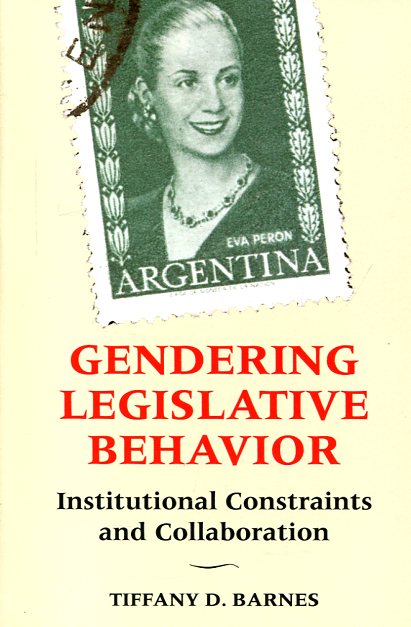 In democracies, power is obtained via competition. Yet, as women gain access to parliaments in record numbers, worldwide collaboration appears to be on the rise. This is puzzling: why, if politicians can secure power through competition, would we observe collaboration in Congress? Using evidence from 200 interviews with politicians from Argentina and a novel dataset from 23 Argentine legislative chambers over an 18-year period, Gendering Legislative Behavior reexamines traditional notions of competitive democracy by evaluating patterns of collaboration among legislators. Although only the majority can secure power via competition, all legislators - particularly those who do not have power - can influence the policy-making process through collaboration. Tiffany D. Barnes argues that as women have limited access to formal and informal political power, they collaborate more than men to influence policy-making. Despite the benefits of collaboration, patterns of collaboration vary among women because different legislative contexts either facilitate or constrain women's collaboration.