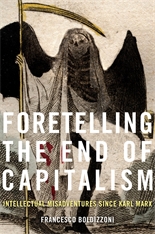 Foretelling the end of capitalism
intellectual misadventures since Karl Marx

Intellectuals since the Industrial Revolution have been obsessed with whether, when, and why capitalism will collapse. This riveting account of two centuries of failed forecasts of doom reveals the key to capitalism’s durability.

Prophecies about the end of capitalism are as old as capitalism itself. None have come true. Yet, whether out of hope or fear, we keep looking for harbingers of doom. In Foretelling the End of Capitalism, Francesco Boldizzoni gets to the root of the human need to imagine a different and better world and offers a compelling solution to the puzzle of why capitalism has been able to survive so many shocks and setbacks.

Capitalism entered the twenty-first century triumphant, its communist rival consigned to the past. But the Great Recession and worsening inequality have undermined faith in its stability and revived questions about its long-term prospects. Is capitalism on its way out? If so, what might replace it? And if it does endure, how will it cope with future social and environmental crises and the inevitable costs of creative destruction? Boldizzoni shows that these and other questions have stood at the heart of much analysis and speculation from the early socialists and Karl Marx to the Occupy Movement. Capitalism has survived predictions of its demise not, as many think, because of its economic efficiency or any intrinsic virtues of markets but because it is ingrained in the hierarchical and individualistic structure of modern Western societies.

1. Sitting on the Edge of Apocalypse
2. The Interwar Revival of Prophecy
3. Hopes Betrayed
4. The End of History and What Followed
5. Wanderings of the Predictive Mind
6. How Capitalism Survives 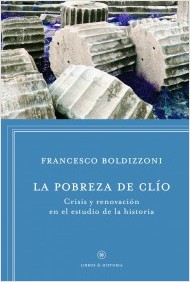 The poverty of Clio