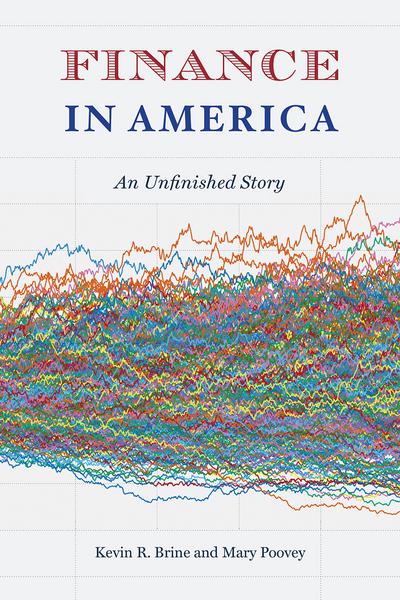 Finance in America
an unfinished story

The economic crisis of 2008 led to an unprecedented focus on the world of high finance-and revealed it to be far more arcane and influential than most people could ever have imagined. Any hope of avoiding future crises, it's clear, rest on understanding finance itself.
To understand finance, however, we have to learn its history, and this book fills that need. Kevin R. Brine, an industry veteran, and Mary Poovey, an acclaimed historian, show that finance as we know it today emerged gradually in the late nineteenth century and only coalesced after World War II, becoming ever more complicated-and ever more central to the American economy. The authors explain the models, regulations, and institutions at the heart of modern finance and uncover the complex and sometimes surprising origins of its critical features, such as corporate accounting standards, the Federal Reserve System, risk management practices, and American Keynesian and New Classic monetary economics. This book sees finance through its highs and lows, from pre-Depression to post-Recession, exploring the myriad ways in which the practices of finance and the realities of the economy influenced one another through the years.
A masterwork of collaboration, Finance in America lays bare the theories and practices that constitute finance, opening up the discussion of its role and risks to a broad range of scholars and citizens.

Genres of the credit economy