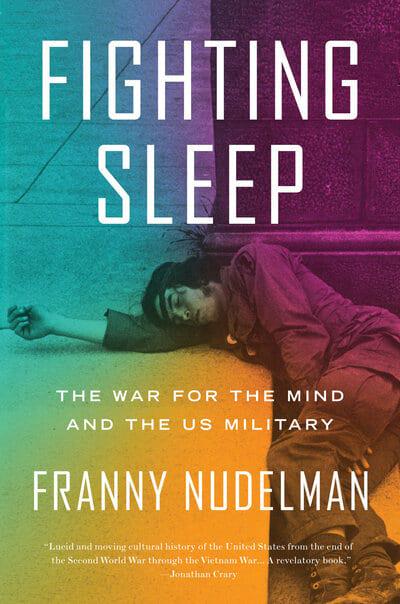 Fighting sleep
the war for the mind and the US Military

On April 21, 1971, hundreds of Vietnam veterans fell asleep on the National Mall, wondering whether they would be arrested by daybreak. Veterans had fought the courts for the right to sleep in public while demonstrating against the war. When the Supreme Court denied their petition, they decided to break the law and turned sleep into a form of direct action.

During and after the Second World War, military psychiatrists used sleep therapies to treat an epidemic of "combat fatigue." Inducing deep and twilight sleep in clinical settings, they studied the effects of war violence on the mind and developed the techniques of brainwashing that would weaponize both memory and sleep. In the Vietnam era, radical veterans reclaimed the authority to interpret their own traumatic symptoms-nightmares, flashbacks, insomnia -and pioneered new methods of protest.

In Fighting Sleep, Franny Nudelman recounts the struggle over sleep in the postwar world, revealing that the subject was instrumental to the development of military science, professional psychiatry, and antiwar activism.