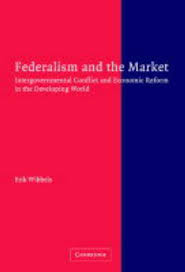 This research develops a new comparative model of intergovernmental bargaining to account for variation in the capacity of federations in the developing world to undertake economic policy reform, suggesting that many market reform policies are a function of a constant process of bargaining between national and regional leaders struggling for political survival. As the degree of national-regional disagreement mounts, collective action on reforms that require implementation at multiple levels of government becomes more difficult. The degree to which the two factors conflict depends on four factors: the individual electoral interests, a shared intergovernmental fiscal system, the manner in which regional interests are represented in national policy making, and the levers of partisan influence national leaders have over subnational politicians. In testing the argument with combination of cross-sectional time-series and case study analysis, this book contributes to the broad literatures on development and the comparative political economy of federalism and decentralization.