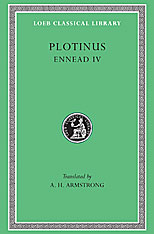 Plotinus (204/5–270 CE) was the first and greatest of Neoplatonic philosophers. His writings were edited by his disciple Porphyry, who published them many years after his master’s death in six sets of nine treatises each (the Enneads).

Plotinus regarded Plato as his master, and his own philosophy is a profoundly original development of the Platonism of the first two centuries of the Christian era and the closely related thought of the Neopythagoreans, with some influences from Aristotle and his followers and the Stoics, whose writings he knew well but used critically. He is a unique combination of mystic and Hellenic rationalist. His thought dominated later Greek philosophy and influenced both Christians and Moslems, and is still alive today because of its union of rationality and intense religious experience.

In his acclaimed edition of Plotinus, A. H. Armstrong provides excellent introductions to each treatise. His invaluable notes explain obscure passages and give reference to parallels in Plotinus and others. 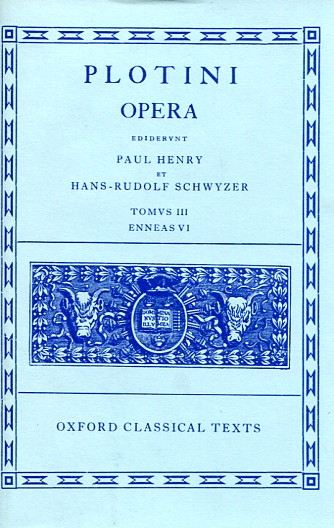