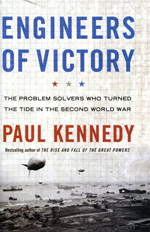 Paul Kennedy, award-winning author of The Rise and Fall of the Great Powers and one of today’s most renowned historians, now provides a new and unique look at how World War II was won. Engineers of Victory is a fascinating nuts-and-bolts account of the strategic factors that led to Allied victory. Kennedy reveals how the leaders’ grand strategy was carried out by the ordinary soldiers, scientists, engineers, and businessmen responsible for realizing their commanders’ visions of success.

In January 1943, FDR and Churchill convened in Casablanca and established the Allied objectives for the war: to defeat the Nazi blitzkrieg; to control the Atlantic sea lanes and the air over western and central Europe; to take the fight to the European mainland; and to end Japan’s imperialism. Astonishingly, a little over a year later, these ambitious goals had nearly all been accomplished. With riveting, tactical detail, Engineers of Victory reveals how.

Kennedy recounts the inside stories of the invention of the cavity magnetron, a miniature radar “as small as a soup plate,” and the Hedgehog, a multi-headed grenade launcher that allowed the Allies to overcome the threat to their convoys crossing the Atlantic; the critical decision by engineers to install a super-charged Rolls-Royce engine in the P-51 Mustang, creating a fighter plane more powerful than the Luftwaffe’s; and the innovative use of pontoon bridges (made from rafts strung together) to help Russian troops cross rivers and elude the Nazi blitzkrieg. He takes readers behind the scenes, unveiling exactly how thousands of individual Allied planes and fighting ships were choreographed to collectively pull off the invasion of Normandy, and illuminating how crew chiefs perfected the high-flying and inaccessible B-29 Superfortress that would drop the atomic bombs on Japan.

The story of World War II is often told as a grand narrative, as if it were fought by supermen or decided by fate. Here Kennedy uncovers the real heroes of the war, highlighting for the first time the creative strategies, tactics, and organizational decisions that made the lofty Allied objectives into a successful reality. In an even more significant way, Engineers of Victory has another claim to our attention, for it restores “the middle level of war” to its rightful place in history. 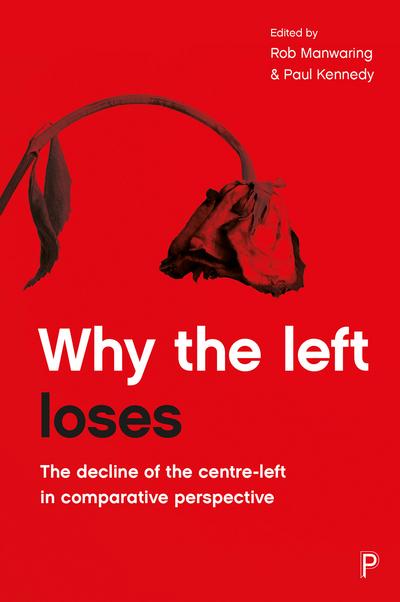 Why the Left loses 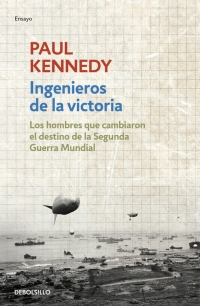 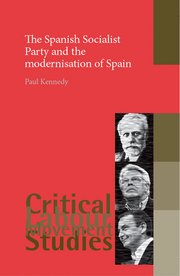