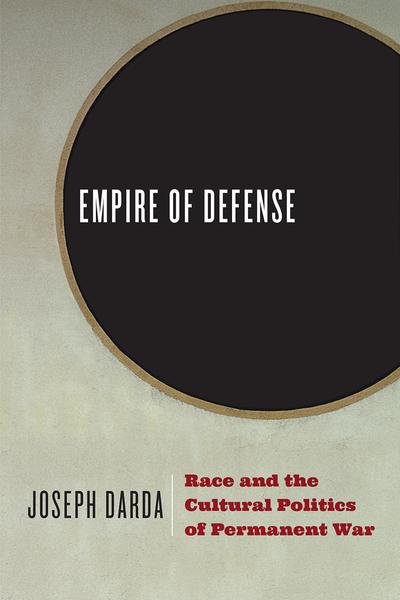 Empire of defense
race and the cultural politics of permanent war

Empire of Defense is an extensive and multilayered critique of the past seventy years of American military engagement. Joseph Darda exposes how the post-World War II formation of the Department of Defense and the subsequent Korean War set a course for decades of permanent conflict. Conflict, which the United States, he argues, ingeniously reframed as the defense of humanity from illiberal beliefs and behaviors.Empire of Defense shows how a string of rationales for war from the 1940s to the present—anticommunism, crime control, humanitarianism, and counterterrorism—paved the way for unprecedented military growth that secured rather than dismantled the existing racial order. A wide range of writers, filmmakers, and journalists—from I. F. Stone and Ishmael Reed to Stanley Kubrick and June Jordan—have struggled to tell the story of war without end, and Darda reveals how that struggle itself tells the bigger story. He draws a clear line from the Cold War to the war on terror and makes sense of our collective cultural efforts to recognize the not-so-new normal of nonstop military empire-building.