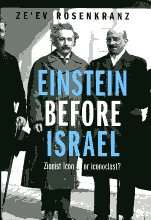 Albert Einstein was initially skeptical and even disdainful of the Zionist movement, yet he affiliated himself with this controversial political ideology and today is widely seen as an outspoken advocate for a modern Jewish homeland in Palestine. What enticed this renowned scientist and humanitarian, who repeatedly condemned nationalism of all forms, to radically change his views? Was he in fact a Zionist? "Einstein Before Israel" traces Einstein's involvement with Zionism from his initial contacts with the movement at the end of World War I to his emigration from Germany in 1933 in the wake of Hitler's rise to power. Drawing on a wealth of rare archival evidence - much of it never before published - this book offers the most nuanced picture yet of Einstein's complex and sometimes stormy relationship with Jewish nationalism. Ze'ev Rosenkranz sheds new light on Einstein's encounters with prominent Zionist leaders, and reveals exactly what Einstein did and didn't like about Zionist beliefs, objectives, and methods. He looks at the personal, cultural, and political factors that led Einstein to support certain goals of Jewish nationalism; his role in the birth of the Hebrew University; his impressions of the emerging Jewish settlements in Palestine; and, his reaction to mounting violence in the Arab-Jewish conflict. Rosenkranz explores a host of fascinating questions, such as whether Zionists sought to silence Einstein's criticism of their movement, whether Einstein was the real manipulator, and whether this Zionist icon was indeed a committed believer in Zionism or an iconoclast beholden to no one. 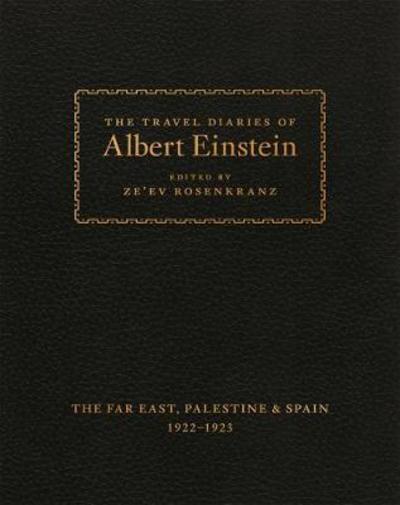 The travel diaries of Albert Einstein