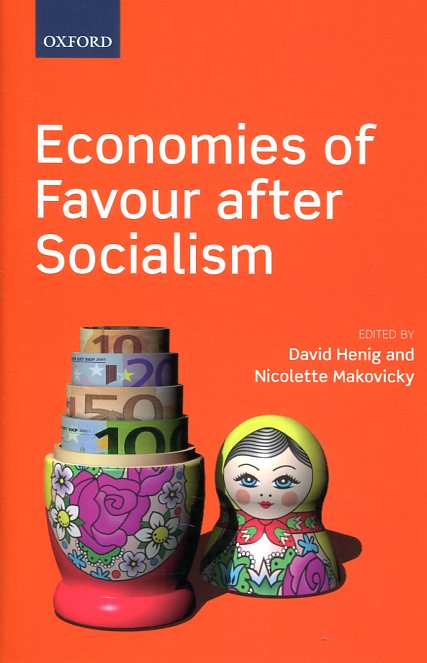 Economies of favour after socialism

Since the onset of the global economic crisis, activists, policy makers, and social scientists have been searching for alternative paradigms through which to re-imagine contemporary modes of thinking and writing about economic orders. These attempts have led to their re-engagement with fundamental anthropological categories of economic analysis, such as barter, debt, and the gift. Focusing on favours, and the paradoxes of action, meaning, and significance they engender, this volume advocates for their addition to this list of economic universals. It presents a critical re-interrogation of the conceptual relationships between gratuitous and instrumental behaviour, and raises novel questions about the intersection of economic actions with the ethical and expressive aspects of human life. Scholars of post-socialist politics and society have often used 'favour' as a by-word for corruption and clientelism. The contributors to this volume treat favours, and the doing of favours, as a distinct mode of acting, rather than as a form of 'masked' economic exchange or simply an expression of goodwill.