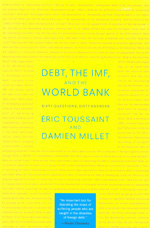 ...not only an indispensable tool for pro-poor anti-debt activists, but also a very useful synthesis that can and should be used in classrooms.---Gilbert Achcar, Professor of Development Studies, School of Oriental and African Studies, University of London ...explains the historical context behind the debt crisis, including the role of key players and the way in which debt in linked to foreign policy, war, corruption, and economic agendas. Toussaint and Millet provide a key intervention at a moment when we must all rethink the way the global economy should function.---Stephanie Luce, Associate Professor. The Murphy Institute, City University of New York ...proposes radical, pro-development alternatives to the current order of things, not least via calls for the cancellation of the illegitimate international debts made and to developing countries. Critics of the global financial architecture and students and teachers of development economics will find in this important new book an empowering and accessible intellectual framwork for their work.---Ilene Grabel, Professor of international Economics, Josef Korbel School of International Studies, University of Denver. "Eric Toussaint is one of the brightest and most influential economists of his generation. He is the founder of the CADTM, and has gained a worldwide reputation for his exemplary struggle against the áodious debt' strangling countless countries in the South."---Jean Ziegler, former UN Special Rapporteur 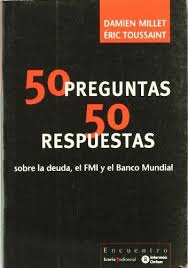